I saw this news story earlier today that blew me away a bit:

Two knee surgeons at University Hospitals Leuven have discovered a previously unknown ligament in the human knee. This ligament appears to play an important role in patients with anterior cruciate ligament (ACL) tears. 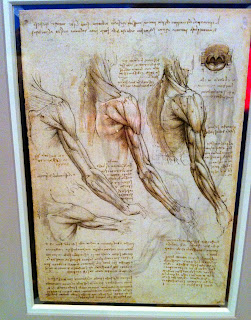 I find it amazing that anatomists are still finding new structures in the human body.  We tend to think that science knows what are bodies are made of...but there is a new ligament.  This is really exciting!

I went to an exhibition recently of Leonardo DaVinci's anatomy and dissection sketches that was really interesting, showing him to be centuries ahead of his time in terms of his knowledge of anatomy and his ability in terms of dissection.  One of the points of the show was that science is only now catching up with the things that DaVinci discovered in his studies.

I believe this is about systematic nomenclature. There is no way someone would "overlook" a ligament:-) Maybe it was considered to be a part of another one. Our anatomy professor knew every detail about a knee...it was his favourite exam question.

Although it could be an important discovery, it actually is more like re-discovered. A French article from 1879 already mentioned it.

(I treat patients who are operated by these doctors ;-) )